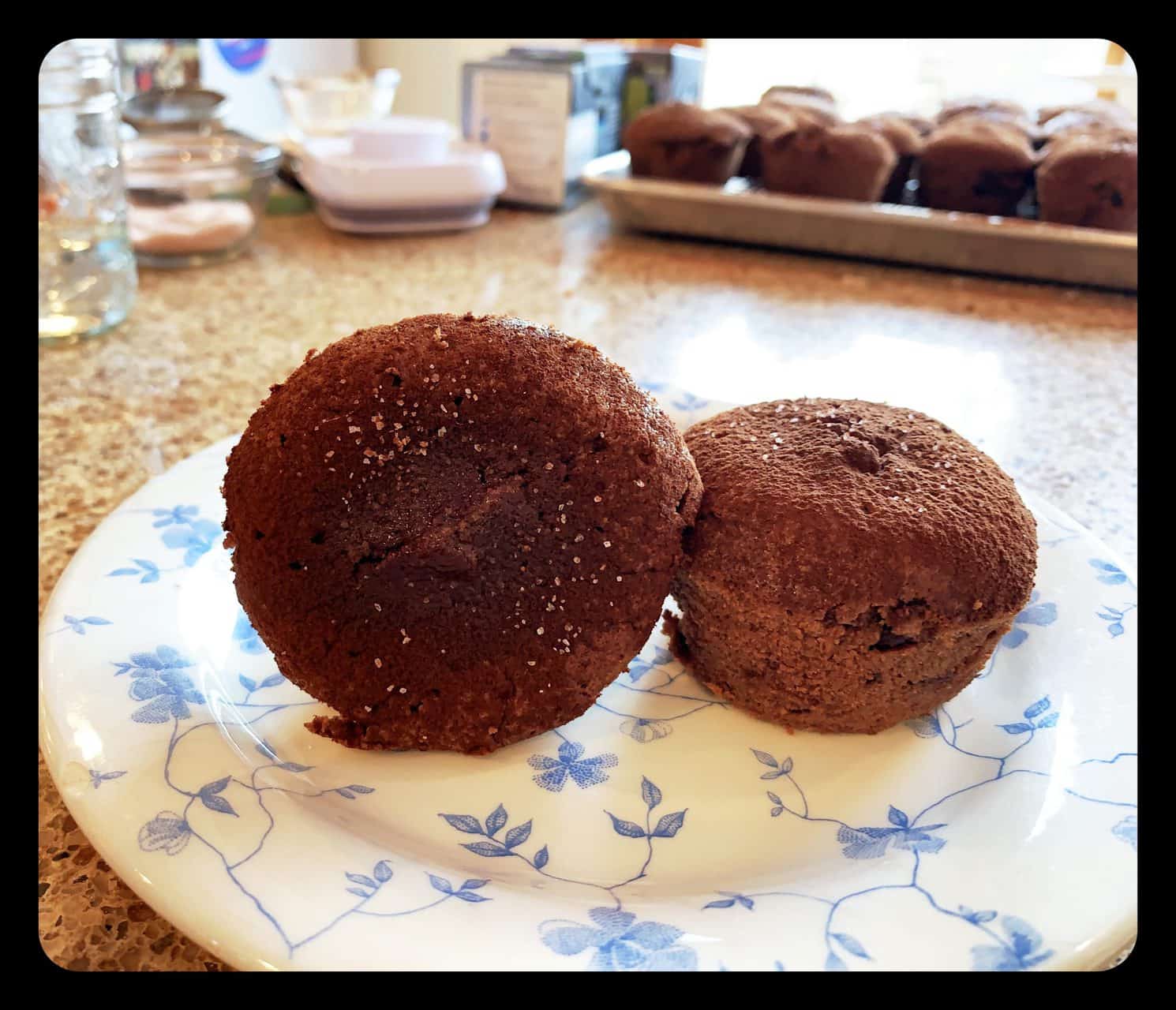 The next baking adventure happened a bit backwards. We came up with the recipe before we know where it was going. The recipe itself was easy to find on the Joe Pastry website. It was for a thing called Crotin Au Chocolate. This is basically a chocolate muffin with melted chocolate inside. It’s slightly dry on first bite, but melts in the mouth quite quickly. They have an intense chocolate flavor, but are not sweet. Just the thing to meet a chocolate fix for the serious fan.

The version I made was done with a sourdough starter that was given to me by Little Zoe’s Pizza in Keene, NH. It added a bit of zing to the flavor and the sourdough paired well with the chocolate. I used chocolate chips rather than chopped chocolate because it’s what I had on hand. The recipe went together fairly easily, with one catch. The recipe I used did not say how may crotin the ingredients would yield.

To make sure I had a least a dozen, I doubled the ingredients. Well, it turns out each batch yields 12 crotin, so we had a bunch of them to give away. Once baked, they were topped with cocca powder and Pink Salt to finish. Each was wrapped in plastic and put in a box for delivery

Keene Community Kitchen was contacted and asked to choose a recipient. After a while, they chose Monadnock Family Services and Southwestern Community Services; two organizations that were delivering food boxes to local families in need. I found out about this from a Facebook post they did. From there things got fuzzy as there was no response to the letters that went with the snacks and no response from either organization. Through a contact a one, I found out the crotin never made it back to the central office. I understand and investigation is underway, because chocolate is a serious thing in the helping professions. You can find the recipe on the recipe page. 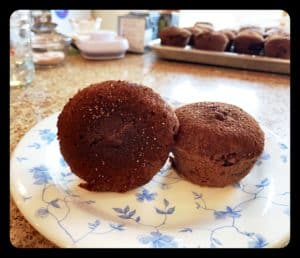 Random Act of Pastry #8 Cherry Clafoutis: Getting back into the mix(er)

Random Acts of Pastry #3 What Comes From Our First Efforts