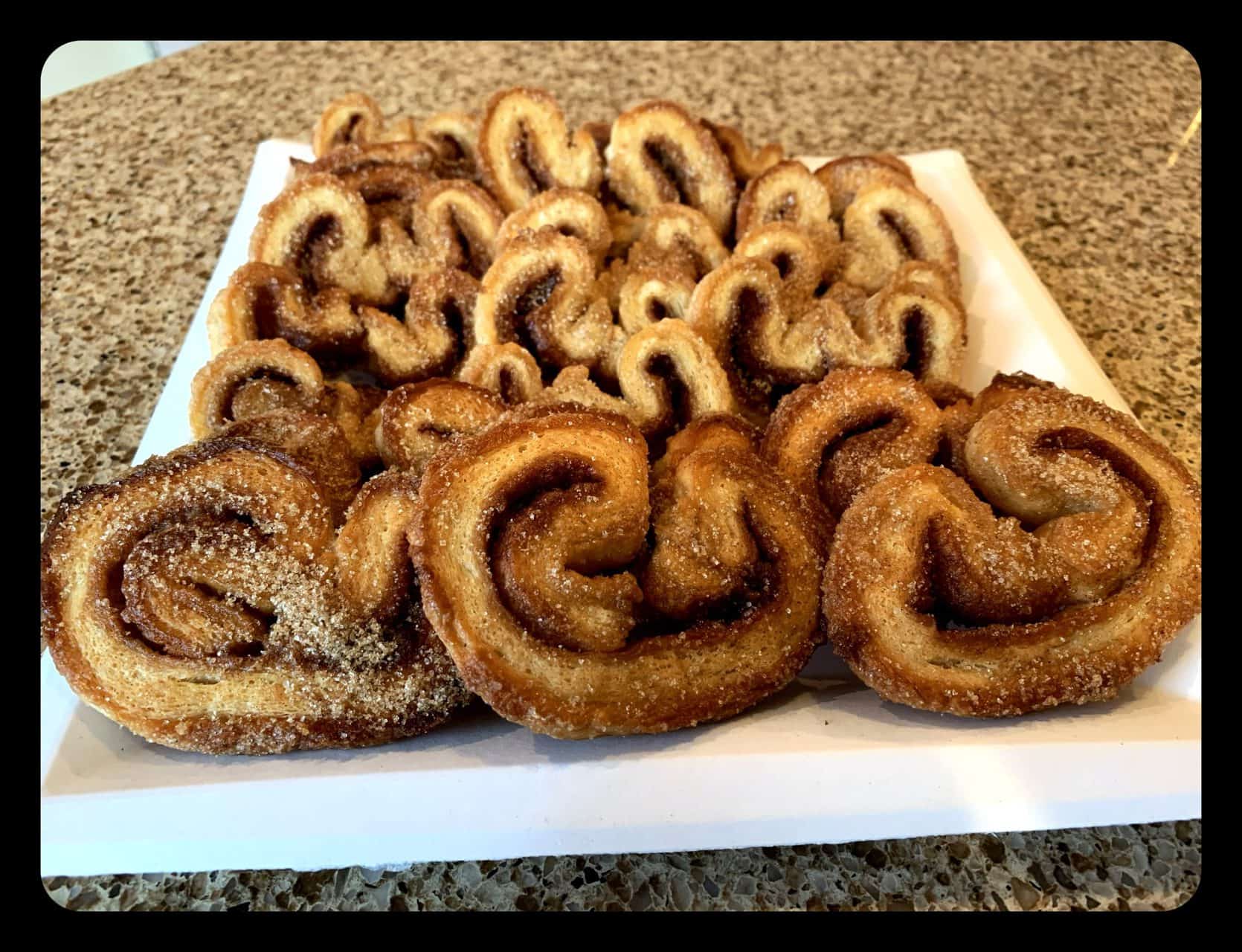 Small things done well make all the difference.   Baking is a process of doing a series of small things over time, then making time for other things to happen.  Dough rises at the rate that it rises, and it chills according to the same schedule.  Like so many other things, baking is a series of actions with a bunch of waiting in between.

It’s been a busy week, so the schedule for baking and delivering our pastry got pushed back by a day or so.  When the schedule cleared, it became time to think of what to bake.  Taking some time to ponder the puzzle, I was reminded that there was some frozen laminated pastry in the freezer that could be a base for the project.  Laminated dough is the ultimate in the waiting/action game. You make a dough sponge and let it sit overnight.  As the dough rests, you take a mess o’ butter and pound it into a slab; adding flour to it along the way.  Then the butter gets to rest as well.  The next day, roll out the dough in a biggish square, put the smaller slab of butter on top of the dough, and cover the butter slab just like you were wrapping a present.  Roll this out again and fold the dough sheet just like a letter.  Then, it goes in the refrigerator for a couple hours.  Take it out, roll it out, fold it again and back into the fridge.  This process goes on anywhere from four to six times, with each fold exponentially increasing the number of layers of butter and dough.  It’s a math thing that makes all those flaky layers you see in croissants.

For this week, the recipe was for Palmiers.  Traditionally, these are made with leftover puff pastry dough and are in a way a snickerdoodle’s stodgy cousin from the old county.  You roll out the laminated dough, cover it with cinnamon and sugar, and then make a series of folds of the dough while adding more cinnamon and sugar.  You end up with a plank of cookie that you chill, cut and bake.  As they rise in the oven, the cookies become kind of heart shaped.  They have a nice crunch, but then melt in the mouth into a very nice cocoon of butter, sugar and cinnamon for the taste buds.

The chosen recipient of this week’s pastry was the staff of the Emergency Room at the Cheshire Medical Center.  It goes without saying that they are on the front lines of all that is happening right now and deserve all the kudos that we can give them.  As do we all.

You can go here for the recipe!

Random Acts of Pastry #2. The Story of Peanut Butter Cookies: How this all started.

Random Acts of Pastry #5. Strawberry Lemonade Brownies or what to do with the leftover fruit?